The Neurodiverse: An Untapped Pool of Exceptional Talent 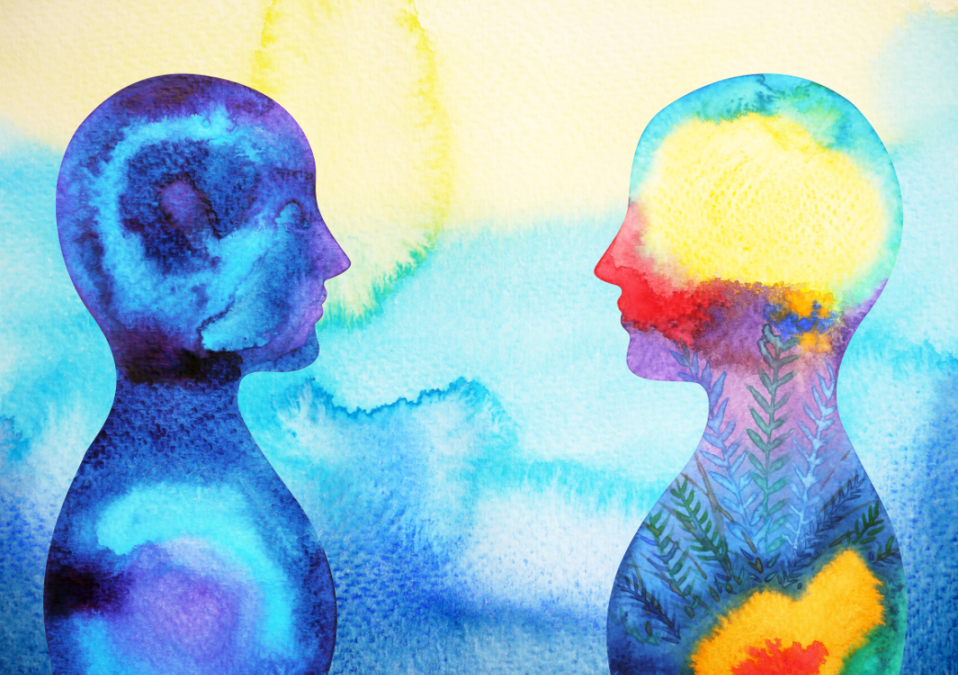 By Tim Ringo from his forthcoming book, Solving the Productivity Puzzle, Kogan Page, August 2020; with contribution from Oliver Fenghour at Advance: The Disability Consultants.

Our understanding of the brain and how it works so magnificently, has increased exponentially over the last 10 to 15 years. Though the brain is still a mystery on many levels, our increasing understanding of how it functions is allowing scientists to map the brain down to the cellular, molecular and even quantum level, much as the DNA scientists did with the Human Genome Project, at the end of last century.

As a result, we understand many conditions, such as autism much better and increasingly recognize the unique capabilities and talents that people with “different brains” can bring. More and more companies are recognizing the power of “neurodiversity” in their workforce and are actively recruiting people on the autistic spectrum, as this pool of talent often successfully solve knotty challenges that the majority of people cannot do. Different brains can also be very successful in seeing things that other people don’t see, creating innovative products or services that people have never thought of.

Unfortunately, somewhere between 66% to 86% of adults who are on the autistic spectrum are unemployed or significantly underemployed (Rudy, 2019). While the exact number varies based on the research and survey parameters, there’s little doubt that employment is not readily available for adults on the autistic spectrum. There is a long-held stigma around people with autism – they are often considered to be highly rigid and moody, possessing poor communication and social skills.

But when we go below the surface we learn that there is a much more intricate and nuanced reality from what we see on the exterior. Namely that this condition is not stand-alone but actually a broad spectrum of characteristics that are better described using the term “neuro-diversity”; those with autism, ADHD, and other learning or neural processing differences. Note the word “differences” because the more we understand the origin of these conditions, the more we learn that they are a normal part of human brain evolution.

Neuro-diversity is a term that’s been around since the 1990s, when it was first coined by the Australian sociologist Judy Singer (Singer, J. 1999). What Singer was looking to describe was a group of conditions such as ADHD, dyspraxia, dyscalcula and autism which aren’t “abnormal” or “diseases,” but simply variations of the human brain that are a natural part of the tapestry of human variety. The trick, and the opportunity, is to learn how to leverage neuro-diverse individuals’ unique talents to everyone’s benefit.

Neuro-diversity in the workplace is beginning to have a major impact on organizations. In just the past few years a number of the world’s top companies have put in place active and targeted programs to recruit neuro-diverse individuals. Why are they doing this, and what do they stand to gain? The advent of the information economy and the data-intensive nature of work in the 21st century workplace has opened up entirely new opportunities for meaningful engagement of individuals with innate talents uniquely well suited to detailed, quantitative, data-immersive employment.

The good news is there is an untapped pool of talent to fill these roles if we just think differently about what “normal” means in the context of who we hire. Many companies have learned how to tap into the thought patterns and work ethic that are common among neuro-diverse individuals. This is why companies such as German-based software giant SAP have had, for more than 3 years now, a program specifically recruiting people who have autism or related differences. SAP is, as they put it, tapping into a pool of talented people who can bring innovation and new ways of working that drive new notions and ideas for products and services that do not exist today (Phillips, 2019). Other companies that have joined SAP in putting in place similar programs with similar goals are:

Unfortunately, all too often, this pool of exceptional talent is left on the sidelines. I recently met a young man on the Autistic Spectrum, Oliver Fenghour, who told me his story of the challenges he has faced in finding employment that leverages his unique skills and capabilities:

I was diagnosed with Asperger’s Syndrome a high-functioning form of autism when I was 10. In hindsight when I look back at my diagnosis, I never really knew what being on the Autistic Spectrum would mean for me and my loved ones. For my parents I suspect many conflicting emotions were going through their minds. Would our son live a ‘normal life’ would he have all the opportunities of his peers, would he forge a successful career, get married etc.

Personally, my memories of being diagnosed at a young age, made me feel like I was inferior to my peers and contemporaries. Certainly, transitioning from primary school to secondary school was a culture shock which when I reflected upon in later life, I was totally unprepared for. School children at that time could be highly vindictive and nothing prepared me for an environment during my secondary school years which would prove to be such a chastening experience. I always felt that during my time at secondary school that teacher’s fell into two categories in what they did or did not know about the Autistic Spectrum. The first category would be teachers who simply put me into the prism of eccentric and idiosyncratic behavior that I would eventually grow out of. The second category of teachers had some limited understanding of the Autistic Spectrum but could not translate a limited abstract understanding into practical support within the classroom. In all honesty leaving school at 16 with little in the way of meaningful qualifications and no friends was a blessed relief as in many respects leaving the education system felt like a liberating experience.

Sadly, my story has similar analogous experiences for a fair percentage of children on the Autistic Spectrum. According to educational statistics published by the National Autistic Society only 34% of teachers have an adequate or reasonable understanding of how to support autistic children in the classroom. In 2018 the Supreme Court in a landmark case ruled that schools must offer reasonable adjustments to children on the Autistic Spectrum and that expelling them from school was not the answer to the problem.

When I left school at 16, I thought that the education system had largely failed me and my needs. Surely, the workplace would be more switched on to supporting those on the spectrum. Sadly, very much like my secondary school years, employers seemed to view autism and hidden disability as a burden that they didn’t want to be saddled with. Over the course of five years from 16-21 I was in and out of employment with little in the way of support from employers who didn’t understand or want to understand the many benefits that employing autistic people in the workplace can bring. For, me my story changed when I was 21 and went to work for J Sainsbury PLC. Sainsbury’s from day 1 identified my needs and the adjustments that I would need to be successful in the workplace. The next 10 years of my employment journey with Sainsbury’s helped build my self-confidence and self-worth with an employer who were patient and compassionate towards their employees. Sainsbury’s helped me build into the person that I am today, and I still have many fond memories of my employment with them.

Around 18 months ago I decided that the time was ripe to move onto pastures new and see more of what was out there for those such as myself on the Autistic Spectrum. When I joined Sainsburys it seemed apparent then that employers and society had little in the way of knowledge or understanding of those such as myself on the Autistic Spectrum. When I left Sainsbury’s, I thought that with the implementation of the Equality Act in 2010 and the strive to become a diverse and inclusive society that opportunities for those on the Autistic Spectrum with compassionate, patient employers would be more widespread. Yet, my experiences since leaving Sainsbury’s could not have been more markedly different with employers who seemed more focused on the bottom line, with limited understanding or patience to support and develop Autistic talent within the workplace. My own personal experiences are sadly very similar to many others on the Autistic Spectrum. Evidence compiled from the National Autistic Society suggests that only 32% of people on the spectrum are in some form of employment. Yet, in the UK an estimated 700,000 people have autism and globally this figure is some 70 million.

As a society we seem hardwired by this perception that being disabled must mean that you have a physical impediment. This has meant that many people with ‘invisible disabilities’ such as autism have been largely ignored or forgotten about by society. However, recently it was announced that people with ‘hidden disabilities’ such as autism can have the right to access blue badges, allowing them to park in disabled spaces in car parks. Yet, this is one small step on what continues to be a long and arduous journey for those on the Autistic Spectrum to gain recognition and acceptance of their differences in a society that is suspicious of difference and wary of change.

In the workplace, providing enough reasonable adjustments for autistic employees doesn’t just help those with autism it can also benefit those with other disabilities in your organisation. All organisations need to look at SAP’s autism workplace strategy as a blueprint model for successfully integrating autistic talent in the workplace. Increasingly, as we advance further into the 21st Century, healthy disruption, innovation, and diversification of ideas will increasingly decide which organisations are the right side of the dichotomy between success and failure. Therefore, looked through a pragmatic and shrewd prism, a concise and pliant reasonable adjustments structure is far more likely to succeed in an organisation than one which is fixed and rigid in abstract, and application.

Employing people with autism has many key benefits such as:

• Sustained Concentration and perseverance even when tasks are repetitive

• An exceptional eye for details, deviations and potential errors

• A strong interest in factual matters and comprehensive technical expertise

Oliver’s story is a compelling one, but unfortunately, all too common. However, despite the challenges he has faced, he (and I) see change coming. I honestly believe that with the right support, guidance and training in place, autistic employees, and the neuro-diverse, can flourish within your organisation. You have a simple choice: look to employ neuro-diverse talent and continue your growth journey as an organisation or risk losing market share and ideas to companies more willing to be innovate. What will you choose?

Phillips, S (2019) Autism at work: Why it works for SAP, The Telegraph, 4 April. Available from: https://www.telegraph.co.uk/business/autism-in-workplace/why-it-works-for-sap/ [Last accessed 19 August 2019]