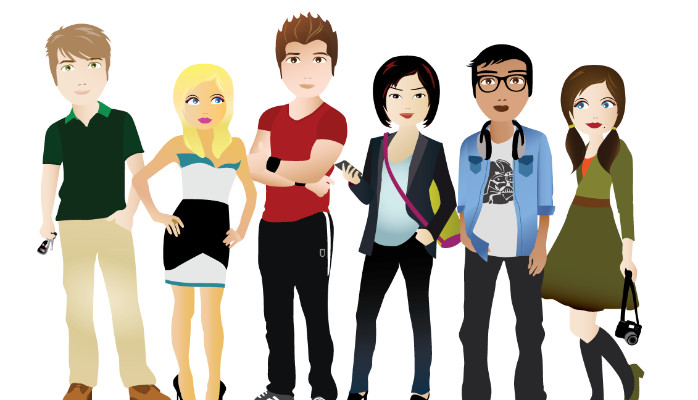 Last Thursday’s EU Referendum showed 78% of 18 to 24 year-olds voted Remain vs. only 40% for those 65 and older, according to YouGov. Multiple polls show that Generation Y & Z voted in overwhelming numbers to remain in the EU. Both of these young generations, (sometimes called Millenials and The Connected Generation, respectively) instinctively get the big idea of an integrated and connected market. They get the big idea of free flowing information and human capital in creating efficient markets, driving innovation and ultimately, creating wealth.

They actively seek out new ideas, cultures and new ways of doing things. This way of living is available on their phones, and they think nothing of grabbing their passport for a quick hop over the channel to look for new career opportunities.

As BREXIT tremours reverberate and subside, regardless of how one voted in the EU referendum, we all need to recognise that it is this group that is going to most immediately feel the brunt of it – a change that will impact them for decades to come. It is, they feel, hard enough for UK youth to become established in career and a grown up life. Now they are going to have to deal with even stronger headwinds, and a potentially smaller pool of jobs and careers. Many studies show, these young people already had a dim view of their future prospects, relative to their parents and grandparents….and they feel their outlook just became a whole lot worse on June 23rd.

“Older generations have benefited from being a member of the EU and they’re taking that away from us” said Claudia Gordon, a 21 year old Londoner studying at Edinburgh University. “For us, part of our identity was belonging to the EU… now we feel isolated from a community we felt part of”.

Baby Boomers are asking these generations to take a hit (or three) for the team.

Think about it. Britain was a big fish (2nd biggest economy in EU) in a large pond (the largest trading bloc in the world), and is, post Referendum, a medium to small fish in a very large global pond. Sitting on the edge and looking in on a market that the UK has, with Germany, dominated for over 40 years.

For the up and coming generations, this decision really makes no sense to them. They are being asked to withstand the worst of the economic hits, and to do so for the foreseeable future:

And most importantly, It will be more difficult for international UK companies to create what I call: PEIP:

This is what high performing companies strive for everyday; essentially getting:

Generations Y & Z, instinctively understand the power of PEIP, and gravitate towards organisations that create this type of work environment. Companies like Barclays, Accenture, IBM, Vodafone, HSBC and my own company, German-based, SAP.   These long established organisations are very adept in utilising a large, international pool of human capital, to drive performance, and to develop young talent for the future. It remains (no pun intended) to be seen if the UK, hiving itself off as an economic (and geographic) island, will have a major impact on these organisations’ approach to PEIP. It remains to be seen if removing ourselves from the EU, will make it that much more difficult to achieve this desirable state of human capital efficiency, with the first to be hit: Generation Y and Z.  It is no wonder these young people feel daunted.

So, looking on the bright side…what are emerging  factors that may help mitigate the blow for Gen Y & Z in the UK? There are two emerging “commercial zones” of innovation and investment in the UK that, although located in Cambridge and East London, take a very global outlook. There is ‘Silicon Fin’ – Co-located with Cambridge University (sometimes called The Cambridge Cluster)… and The East London Tech City –  a group of digital start-up companies stretching from Silicon Roundabout to the Olympic Park, in London.

The companies in these zones very much rely on PEIP to attract, retain and develop performance of their young workforce, and therefore their company performance. These zones are not only attracting investment from the UK government and investors from abroad, but are also, many of them, highly successful and profitable in their own right.  Their outlook on business is highly international, flexible, and reliant on constant innovation, new ideas and new ways of thinking.  Companies like Jagex, 7 Digital, GoCardless, PaveGen are paving the way for modern ways of working, and are dependent on Gen Y & Z for their continued success. Given their global reach and impact, these companies will have some level of immunity from BREXIT Fever.  A glimmer of hope for Gen Y & Z.

So, what can the rest of us do to lend a hand to these two generations…. generations, us older folks will be highly dependent on for global productivity and innovation to help the value of our pensions?

I, for one, call on the UK government and UK-based international companies to adopt a version of what the Americans call “Affirmative Action”. In the US, for over 30 years now, there has been a programme in place that incents and rewards companies to hire more minorities and more women.  This approach has had a significant impact on steadily increasing the number of minorities and women in the US workforce and has changed the complexion of US businesses dramatically. Compare today’s US workforce to the one from 1950’s America, and you would see a vast difference in the make-up of labour and an increase in performance. A factor in helping the US maintain its dominance in people productivity and company performance.

This same concept could be applied to UK organisations. When it comes to hiring decisions, UK companies could put in place an “Affirmative Action” preference for hiring Gen Y & Z.  Significantly improve on current plans for bringing in graduates and apprentices.  Set aside more investment for hiring and developing these generations for next 5 years.  Set aside significantly greater funds for internships for these young people.  This in recognition of:

This will prove to be a very savvy investment, in coming years.

Business and government leaders should look to act on this “Gen Y & Z Affirmative Action” immediately.  It is in everyone’s interest that we ensure we do not “ghettoise” these generations to this island, but engage and deploy them to create the next generation of leaders that will secure our future for decades to come.  It is probably the least we can do to lend a hand to this important group of young people. They deserve the same opportunities we have had by being part of a more global, connected world.