Bosses: Beware the 9/11 Downturn Mistake – Avoid the Hire & Fire Binge in a Crisis 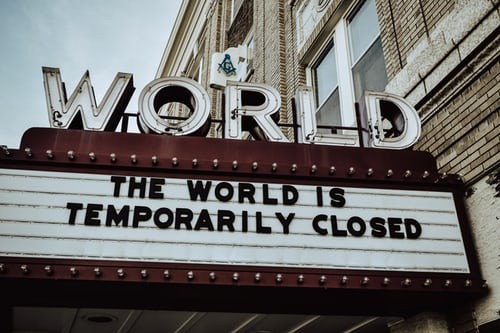 Don’t make a move. Stay right there. Don’t take any sudden workforce decisions as we march into unchartered territory in a suddenly troubled time. If you do, you may regret it, sorely.

You are probably thinking “that’s crazy, we are in a global crisis, I have to DO SOMETHING!”. Ok… so yes, you should do something but don’t do what many normally do in a crisis: immediately shed jobs. This time, you should learn the lesson from the last sudden and unexpected crisis the world experienced on Sept 11th, 2001.

The good news, for now, it is remarkable how many organizations are keeping workers on the payroll, promising to pay bonuses, giving people work to do from home, where they can. Doing everything possible to keep their workforces intact and engaged. This is absolutely the right thing to do and will pay big dividends in creating loyalty and engagement from the workforce, and position organizations well for the upturn.

However, we are in the midst of a shock unlike anything seen in living memory. Much like those times after that fateful day in 2001, the world is currently in a state of bewilderment at the sudden change to our daily lives, at the loss of life and the grim news cycles. COVID-19 is a rolling, slow-motion disaster that is overtaking every aspect of our lives, our livelihoods and our future. The state of uncertainty is unprecedented, and bosses can be forgiven for thinking about cutting costs and the payroll is one of the biggest and, theoretically at least, the easiest to reduce.

To be clear, many organizations will have no choice but to move quickly to cut costs and people, as a matter of survival. This is immensely tragic and probably completely unavoidable. But for those that are not faced with an imminent existential crisis, it’s important to keep in mind that even in these unusually difficult times, the proverbial “silver linings” are there if we look for them. In fact, our current challenges may be obscuring what is a tremendous opportunity to step back and do things differently; dare to think and do differently.

More good news: this crisis will end – through our global efforts, our courageous health workers and our technology we will defeat the virus, life and work will return to normal – though, a new normal. Hopefully, and many economists say it’s likely, the mothballed world economy will snap back to life unleashing a wave of pent-up demand.

We can look to recent history for an example. This is what happened post-September 2001. After the attacks, the world economy reeled, oil prices surged, and the stock markets plunged as the world braced for war in the Middle East. Companies and governments unnerved by the situation, unleashed a wave of sudden job cuts of the like that had not been seen since the Arab Oil Embargo of the 1970’s. Many companies took a scythe to workforce, often before assessing who their top talent was and not thinking about their current and future skills needs. They cut quickly and deeply.

Within a few short months the economy rebounded as the downturn turned out to be what economists call “a v-shaped recession”. One that saw a sharp decline in GDP followed by an almost equally sharp increase in business activity. Suddenly, the talent that was let go was desperately needed. Companies scrambled and took part in a massive hiring binge to fill the gap that they themselves created.

Like the current crisis, fundamentally, there was nothing significantly wrong with the underlying economics on September 11th, 2001. The economic downturn was not caused by normal business cycle considerations. In fact, if you scan out and broaden the timeline view of the late 1990’s it was a fascinating time in the economy and the world of work. Much like the recent past, before 9/11, we experienced a major boom in the economy caused by the DotCom craze.

Throughout most of the 1990’s companies just could not find enough talent, particularly in the IT world. The hiring binge was epic, but unfortunately not particularly well thought through. Companies hired and hired, driving unemployment rates down to record lows.

However, their binge had a significant downside: a lack of people data, processes and systems to cope with this influx of talent led to the workforce being ineffectively deployed – lost performance. Organizations struggled to get their burgeoning workforce to the right place at the right time on the right type of work to match their skills. Historical data shows people productivity went up during the 1990s, but it was in many ways more luck (and a glut of available labor), than careful planning.

And yet, here we are again. This is a similar situation to what we were seeing in the months leading up to 9/11. Until only weeks ago, we were living in a record long period of economic growth, that by the end of 2019, produced the lowest unemployment rates that anyone in living memory had seen (but with stagnating or declining people productivity). The hiring binge has been in full swing for a number of years up until, March 2020. Then, the unthinkable happened, a novel Coronavirus washed up on the shores of North America and Europe, from China, where it had virtually shut down a country of nearly 1.4 billion people.

The medical and economic mayhem caused by this global pandemic brings us to yet another critical inflection point, and it’s time for us to once again, choose a path. Do we follow the highly ineffective, and dare I say, value-destroying path of binge firing (after our binge hiring), with the inevitable pain (for short term gain) that will result; or do we think and do differently, this time?

The choice is fairly obvious, I think. But what does this doing differently in a crisis look like? Take this example: a senior executive of BBSF Bank in Syria, Louai Al Roumani, who recently published a book about his experiences running the country’s largest bank during the civil war. He and his employees’ experiences were nightmarish. They were literally fighting for their lives and the life of the bank on a daily basis over six long years. In fact, Roumani says in his book, Lessons from a Warzone: How To Be A Resilient Leader in Times of Crisis that he learned lessons that he never would have learned without the crisis.

He says he is a better executive, because of the civil war. He talks about doing things he never imagined, like setting up an armed shuttle service for employees to get to and from work. It proved to be so popular, they also started picking up and dropping off their competitor’s employees to keep them safe, as the war raged on. This proved to be a genius move as employees never forgot it, and competitors’ employees clamoured to come work for BBSF! He also talks about how important it is to take things one day at a time, but certainly take time to think through the future, as well. Particularly take time to think about your workforce and how to keep them onside.

Certainly, Roumani’s experience is an extreme example, but perhaps it creates some perspective for us in our current situation. So, keeping in mind Mr Roumani, what can you do in this crisis to find and act upon the opportunities?

The first step is to take a breath as the crisis swirls around us, and ask the leaders in your organization to reach out to their HR executive counterparts, and if you don’t already have one, put together a ‘strategic workforce plan’; in this case a ‘crisis plan’. A strategic workforce plan is where you review your current workforce not just in the numbers (headcount and costs), but take a three-dimensional view of your people:

–     their skills today, and what skills you will need in the near future

–     your succession plans for your key leaders

–     Look out 6 to 18 months, to make the plan focused on the foreseeable future

Your people-team will very likely have this information (and if they don’t? that is a subject for another blog), and it should be what drives your decision making in this crisis (and after). Once you have done this work, you will be ready to make clear decisions based on data and forecasts. Informed decisions, that I argue, will be one where you are unlikely to binge fire. In fact, I would bet you will keep most of your workforce in place, if that is possible. It is true, some companies are going to be immediately fighting for their existence, and it is understandable they may not have the luxury to “step back” and do the analysis. However, most organizations do have the wherewithal, and I would argue, a duty to their workforce and, if public, shareholders.

Additionally, doing a strategic workforce crisis plan will set you up for the future, as well. From this plan you will be in position to use this approach going forward to drive higher performance and workforce engagement. To create what I call a “PEIP capability”, where PEIP = People Engagement, Innovation and Performance allow organizations to “work smarter”. See figure 1, below:

PEIP is a strategic capability that not only creates higher performance it creates a more engaged workplace. Who doesn’t want to work in an organization that makes an effort to work with employees to optimize them, their skills and their career aspirations? A workplace that tries to align people to what they do best. An engaged workplace is a fun place to work, but it is also a competitive advantage. Some of the highest performing companies like Google, Microsoft, Accenture, IBM, SAP have implemented PEIP strategies to create competitive advantage, and this is reflected in their people engagement scores as well as share price performance.

This is only the beginning of the benefits as PEIP can also help future-proof your organization. As new smart technologies and AI continue to permeate the workplace, another opportunity is created for the workforce and the organization to align the right people with the right skills to harness new technology. This creates a “turbo-charging” effect driving more engagement, innovation and productivity, as well as return on investment on IT spend.   See Figure 2, below:

So here we are, at the fork in the road – once again. We can do as we have done for decades before and continue the hire/fire binge, or we can step back and be more strategic and thoughtful in addressing the current crisis, but also for address the foreseeable future.

Now is the time to create a permanent capability to smooth out the demand and supply of talent and align it better inside the organization. Time to put ourselves in a position to not only address the current crisis but solve our addiction to the hire and fire binge. The time is perfect, the time is now. What will you do?

Tim Ringo is an author, speaker, board advisor, and senior executive. His next book Solving the Productivity Puzzle will be published on Kogan Page, Summer 2020.

Find Tim’s book on the link below 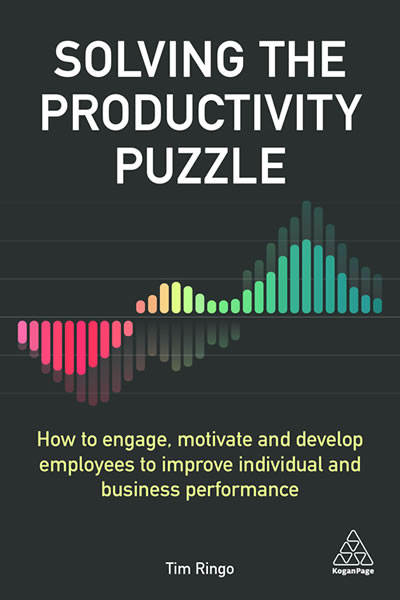